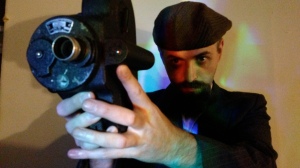 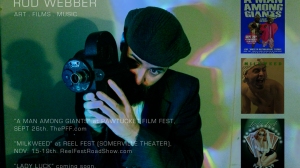 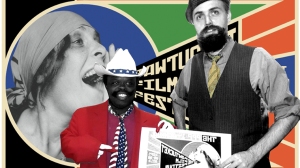 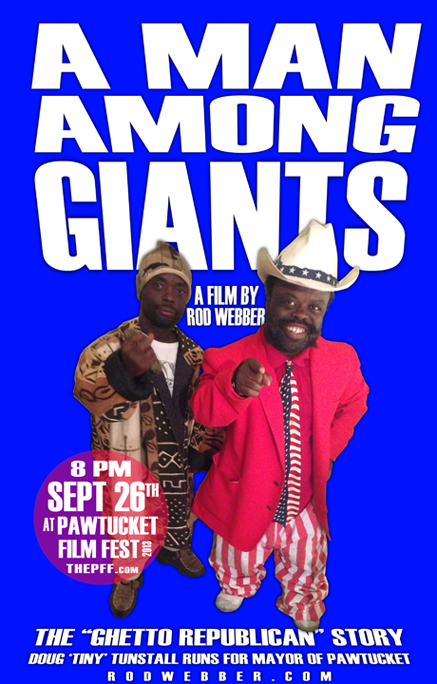 TINY THE TERRIBLE STARS IN “A MAN AMONG GIANTS” THIS SEPT 26TH AT PAWTUCKET FILM FESTIVAL.

If you have spent any time at all in Pawtucket or Providence, there’s a good chance that you’ve taken note of the colorful “Little Person” in the red cowboy suit and ten-gallon-hat parading around town and chatting up a storm with anyone and everyone he meets.
Well, if he hasn’t introduced himself yet, he is fringe-politician and professional wrestler Doug Tunstall, otherwise known as Tiny The Terrible.
Aside from being a local character, Tiny is known for his half-dozen appearances on WWE Monday Night Raw, The Jerry Springer Show, Rhode Island’s own Nun of That, (a film by Richard Griffin), and his long-time job as a toy-store elf at K-B Toys.
In 2006, Tiny decided to take on the challenge of becoming mayor of Pawtucket.

If you haven’t seen him on the news, heard about the cancelled debate with James Doyle, or been taken aback by the head-turning proclamations with his bullhorn, this is a behind-the-scenes look at the myth, the mystery, the self-proclaimed ghetto-republican in A Man Among Giants.
CHECK OUT TINY’S NEW PROJECT “GHETTO ALTERED HEROES!”