Below is how the post originally appeared on the blog:

Doubtlessly, this song will fail to capture all that transpired at The World Trade Center in New York City, 10 years ago, but it is not meant to. Those who know my songwriting, know that I speak in fleeting glimpses and impressions grabbed from the stream of consciousness. Doubtlessly, for those who even listen or read my thoughts on the topic, their will be some who misinterpret of what is meant. I assure you that I mean no disrespect. My heart goes out to everyone who was effected by that day.

E minor to Asus2 throughout (except where noted) 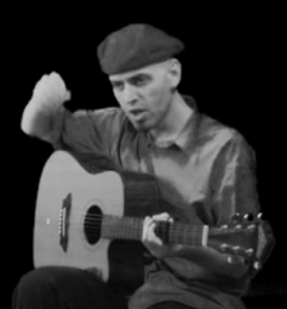 I’ll be a caped crusader for you. I will climb the highest mountain and pick the most beautifullest flower in the world. When we go, we will wish Mrs. McDay the fondest wishes. I will wash all her dishes. And there is your mother in the driveway. America got older. Story. /// Mama’s here. She’s coming to dinner. We will put pasta and potatoes and barrels of fruit on the table if we are able.

And the restaurant shooter has been identified. Clearly, he has sabotaged his retirement. It’s a domino effect /// A mess that can’t be cleaned// It was fate the train was running late. I was sitting in class getting read to a room full of first-graders– or was it kindergarteners? Can’t remember– It doesn’t matter….

Where is your baby bump? Who will be his father now? In the ruins of your former life, who will you be/// when you lost your wife?

Crushed in the rubble neath the falling sky// life squeezed out from her. Crushed forever. ///The world turned to smoke and fire– Diabolical laughter an ocean away– in a cave or a crummy mansion in cadet city.

It’s rainy and it’s falling bricks/// The screams and the metal will drive you sick. /// The death and destruction on the road to redemption/// The bankrupt nation bloats with waste/// The mighty eagle rests it’s wings… There’s no more nothing for us now. /// Wing commander, Texas fire.//

She’s a mental patient with a hair-helmet.//

It was a stroke he said. Gotta spend more time with the bees in the hive. There is honey to be made. /// Sleep when you’re dead. But Texas oil comes first. //// Then God, then family, and “I don’t have much to say about the rest /// Because the rest are communists, come to sell us hippy flowers and out-of-state checks, and a bunch of minds getting vexed, by their Godless heathen’s ways. // A state of confusion. But even heathens needed God on that day. /// And even communists were people on that day.” Well, even Bible-thumpers turned their heads to look away on that day… If only for a while.

And hidden deep below the second in command’s double vaulted lair, the mole-men dug their way toward the sun. /// Beneath the sky on that day as they first breathed human air. ///// The sky turned to rubble and all was pulverized. In a blaze of fire, in a blaze of fire. /// rest your heads, children of men. And we will never forget that day.

The writers and the poets will make sure to it that that is true. As we all go down and the thunder shakes the ground, I think back to a time that my father’s father knew.

[Asus] There was nothing we coulda done.

[E-] There was nothing we coulda done.

We were [G] lucky to just get out alive.