Donald Trump’s security people have stopped letting me into his events. How now will I show Donald the way? How can we help Donald to become a better person?– And in turn make the world a better place? I’ve decided to incorporate some of Donald’s themes along with some scripture. Hopefully Donald will see it, and learn. I sure hope so, at least. Peace and love!

On Sept. 5th, The Rod Webber Band will play a set at Burning Vermin in Croydon, New Hampshire to celebrate the release of Rod’s 20th studio recording “Flowers for Peace”– and of course to help Vermin Supreme raise money for his presidential campaign.

The CD was recorded with Peter Philis at Studio 125 in Sacramento, California. Pete played drums, and engineered all the tracks which were played live, with the exception of bass which was dubbed in later.

Several Days of Peace, Love, Hyperbole, and Lies, Including Musical Acts and Special Guests.
Vermin Supreme will be making a very important announcement!!
Be a part of this historical event.

Vermin Supreme2016 is attempting to reach the threshhold for federal matching funds.  We need to raise 5k in each of 20 states ( in sums of up to $250) in order to do so.
We will use any proceeds for a presiDental primary tour and producing wacky stunts,along with awesome swag to give to doners.  All funds raised MUST be spent on legitimate camPain expenses during the primaries.

THE ROAD TO THE WHITE HOUSE BEGINS HERE.  GET READY PEOPLE !

No one will be turned away for having too much or too little money.
Volunteers needed for set up Thursday and Friday before the event.

SHARE AND INVITE ALL YOUR FRIENDS !! TAKE BACK AMERICA !!! 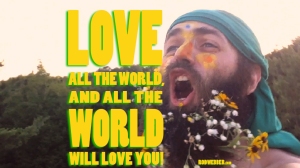 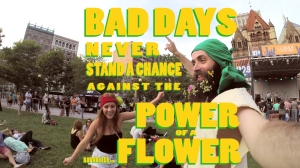